It is a connector system designed to be used in severe use conditions. 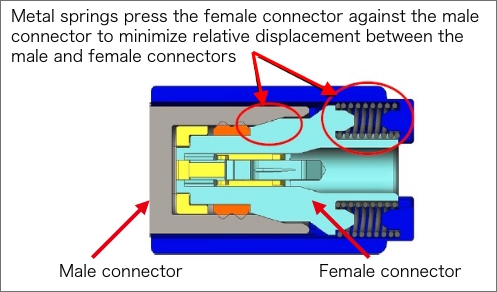 It stands for High Vibration Resistance, and it is a connector which can be used for high-vibration applications. 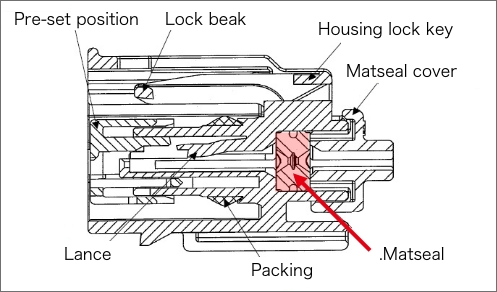 It is a connector with a matseal, a sealing part made of rubber, which seals multiple cavities in the connector. 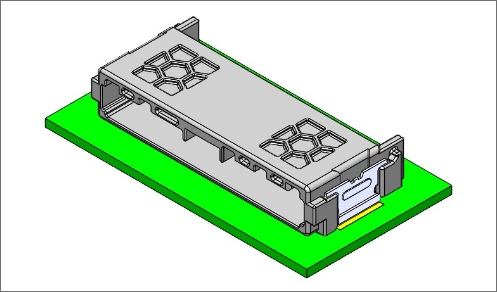 It is a connector which is soldered to a PCB using through-holes of the PCB.

SMT stands for Surface Mount Technology, and it is a technique used to mount a part on a PCB. An electrode is connected to a pad on the PCB without use of through-holes.

LIF stands for Low Insertion Force, and a LIF connector is equipped with a lever and use the principle of leverage to reduce the force required to mate the connectors.

HLC stands for Housing Lance Check. For a HLC connector, a checker fixture (with a continuity check function) is used to detect a terminal inserted halfway in the housing.

IDC stands for Insulation Displacement Connection. Use a IDC jig to press a wire into a U-shaped slot to remove the wire insulation and achieve electrical connection between the conductor and the metal part at the same time.

Flange type connector has a flange, which is used to attach the connector to a device.

Spring type connector includes a spring(s), and use reaction force generated by the spring to avoid halfway mating of the connectors.

Back to top page